London Interbank Offering Rate is one benchmark currently used in many Islamic finance transactions. However under Islamic law the use of interest is prohibited so any apparent resemblance to interest should be avoided. This study seeks to identify other suitable benchmarks, which could be used as an alternative to LIBOR, and LIBOR equivalents. In this analysis the LIBOR 3month USD index was evaluated against other benchmarks, which seem relatively stable, widely accessible and provide a good indication of the prevailing rate of return in the economy.

The period analysed was between 2006 and 2009, in order to incorporate the suitability of LIBOR and alternatives, as a benchmark in times of financial turmoil. We have provided a brief outline of the Sharia Market and its various structures (Sections 1 & 2), for the benefit of our readers who are new to this topic. Sections 3 & 4 deal with data, and in-depth empirical findings, for which we have provided an executive summary.

Our aim is to introduce the topic of Sharia Pricing Benchmarks, while at the same time raising the profile of Islamic Finance and alternative Islamic financial solutions.

Talk to Us
Alternative Benchmarks to be Used in Place of LIBOR in the Islamic Financial System2014-11-162022-08-21https://salonica-group.com/wp-content/uploads/2022/06/salonica-main-logo.pngSalonica Grouphttps://salonica-group.com/wp-content/uploads/2022/08/alternative-benchmarks-to-be-used-in-place-of-libor-in-the-islamic-financial-system.jpeg200px200px
Recent Posts 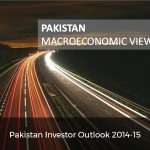 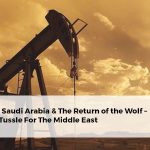 Iran, Saudi Arabia & The Return of the Wolf : The Tussle for the Middle EastThought Leadership